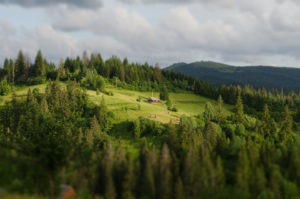 The Ukrainian opportunities in agriculture, energy, information technology, infrastructure and manufacturing have grown too large for investors to ignore. When combined with a highly skilled workforce, cost-efficiency, strategic geographic location and rapidly-improving business climate, Ukraine has much to offer.

Ukraine is the largest country wholly in Europe strategically located on EU borders, it offers long-term opportunities in a broad range of sectors, many of them involve co-operation with Ukrainian companies. In addition it’s a convenient start-up location for the CIS. Here are just some of the benefits of doing business in this country:

It has a broad industrial strong base in ferrous metals and chemicals. This includes much of the former Union of USSR space and rocket industry and a well-developed defense and security sector. This country is a major producer of different agricultural products as well.

According to the World Bank since 2010 Ukraine has done more to improve its business climate than any post-communist country (CEE+CIS).
Ukraine is going through dynamic changes and there are serious efforts underway to make Ukraine a more accessible place to do business.

More reforms enacted in 5 years than in previous 23. Recently, the time to register a business was shortened to just a few days processing.
Stabilization and transformation:

Many US and European companies have found it easier to work with developers and outsourcing companies in Ukraine than with other traditional outsource countries because of Ukraine’s close alignment to European cultural ideals, values, norms and mentalities.

This has been a key driver to the accelerating growth of certain spheres of the economy – particularly in IT and manufacturing.
The additional boost found in Ukrainian employees is a drive for growth that comes from the desire to see Ukraine integrated into the global economy and dialogue.

Ukraine has population of 45 million people, a 99,4% literacy rate and a mandatory 11 years of schooling. Over 70% of people have a secondary degree or higher education. In Ukraine, this desire for education has continued and maintains a strong emphasis on areas that are currently driving global economic growth – particularly in the areas of Science, Technology, Engineering and Mathematics (STEM). As a result, Ukraine is the TOP European country by the number of engineering graduates, with over 130,000 new engineers each year. There are approximately 16,000 IT graduates each year and Ukraine is home to the largest engineering force in Central and Eastern Europe. Over 33,500 students graduate yearly in the area of Sciences.

Ukraine is centrally positioned in Europe, with direct transport access to Asia via the Black Sea, making it ideally situated for manufacturing and trade. With over 170,000 km of roadways, 22,000 km of rail lines and 13 sea ports, Ukraine has the infrastructure to quickly move goods – from grain to auto parts – within the state or beyond the borders. Most major destinations in Europe can be reached in 2 days by truck from Ukraine, which gives it a competitive edge, particularly for manufacturing and food distribution.

Ukraine is 7 positions up in 2018 Global Innovation Index (from 50th to 43rd place).
In Doing Business 2019 rating, Ukraine has risen by +5 points and took the 71st place among 190 countries. The country has shown the largest growth in such categories as taxation (increase by 110 points, 54th place), international trade (+70 points, 78th place) and protection of investor’s rights (+56 points, 72nd place).
Also, it should be noted that rating agency Moody’s Investors Service has increased Ukraine’s sovereign rating. It has changed from Caa2 to Caa1, which means the forecast changed from “positive” to “stable”.
In addition, Ukraine ranked 81st place among 137 countries in the Global Competitiveness Index rating and raised its position in terms of technology adaptation (from 81st to 77th place) and infrastructure level (from 78th to 57th place).

According to the State Statistics Service, the inflow of direct investments (equity capital) in Ukraine in 2018 amounted to USD 2.9 billion.
In 2018, an increase of foreign investments in the Ukrainian economy amounted to USD 685.5 million of direct investments (equity capital).
In 2018, the leading areas of economic activity, in terms of implemented capital investments, are: industry – 34.1%, construction – 9.9%, agriculture, forestry and fishery – 12.5%, information and telecommunications – 5.4%, wholesale and retail trade; repair of motor vehicles and motorcycles – 9.0%, transport, warehousing, postal and courier activities – 8.5%, public administration and defense; compulsory social insurance – 7.8%, real estate transactions – 4.0%.

As for stocks iron, manganese, titanium and uranium ore Ukraine is ranked first among European countries and with the mercury ore reserves – secondly (after Spain). Ukraine has some of the world’s largest manganese deposits. Ukraine’s share in global manganese production is 32 %.
Ukraine has Europe’s third-largest shale gas reserves at 1.2 trillion cubic meters.
Ukraine has large reserves of such raw materials as potassium and magnesium salts, table salt, native zeolites, table salt, etc. As to its chemical purity, this salt is the best in the World. Ukraine has deposits of ores of rare metals – zirconium, hafnium, niobium, lithium, beryllium, scandium, tantalum, yttrium, lanthanum, molybdenum, strontium. These metals and their alloys are used in nuclear engineering, electrical engineering, electronics, aero-space engineering.

Ukraine has 1/4 of all stocks of black soil on the planet and considers as the best land for agriculture.
Ukraine’s farms produce large amounts of potatoes and grains such as wheat, corn (maize), and barley. Ukraine is one of the world’s leading producers of sugar beets.

Machine-building is the largest Ukrainian industrial sector. It accounts for over one-third of the employed and about a quarter of the total cost of industrial main assets. Among the examples are development of the rocket and space industry (Zenit 3SL, Cyclone), aircraft building (AN-70, AN-140, “Mriya”), production of advanced tankers and large-tonnage vessels, fabrication of turbines for nuclear power plants, highly-efficient gas-pumping installations, equipment for high-voltage power transmission lines, mining equipment, diesel locomotives, tractors etc.

Ukraine’s iron and steel industries are very important due to the fact that the machine building and metal-working industries depend on the production of ferrous and non-ferrous metals, and that metal is the main source of engineering materials and an important export article. The metallurgy sector includes 14 integrated steel making plants, 7 pipe plants, 10 plants producing metallic articles, 16 merchant-coke plants, 17 refractory production plants, 3 ferroalloy plants, 20 non-ferrous metallurgical works, 35 factories reprocessing ferrous and non-ferrous scrap metal, and other enterprises. Food industry is traditionally the major supplier of basic foods, such as sugar, salt, oil, alcohol, confectionery, etc.
Ukraine ranks seventh in the world and fifth in Europe in terms of the number of nuclear reactors operated, total capacity and electricity produced. It has 15 reactors generating about half of its electricity.